Today’s highlight at the American Film Festival was not an American film or an American filmmaker but a French one: Agnès Varda in person for an hour-long masterclass covering some of her well-known works and some of her more obscure ones as well. At 88, Agnès continues to work on new films, including one currently in production with artist J.R. (“He’s 55 years younger than me and we get along great!”), as well as exploring new cinematic forms including installations for galleries and museums. A true inspiration. 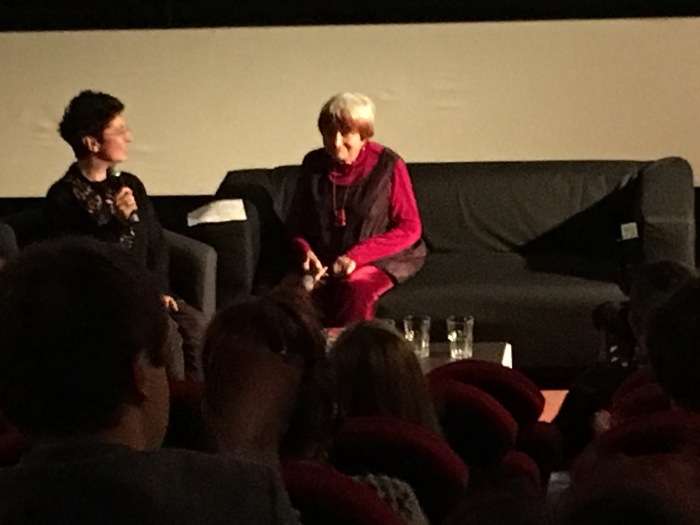