This afternoon we meet Ban Ga for his second shoot. Before filming, we sit and drink glasses of strong tea and talk about the village women who carry food in hanging baskets, selling their wares in the streets of Hanoi each day. The government has pledged to shut down these unlicensed vendors but it’s precisely this kind of activity that epitomizes the city for so many people, locals and tourists alike. Ban Ga, a painter as well as a filmmaker, recounts a story of watching these women crossing Long Bien Bridge on their way to the market, their faces red with exertion and beautiful in the changing light and shadow. Too beautiful to draw. Do these women describe their lives as “beautiful” too?

In the evening there’s filming by bike, fried rice and pickles, and some good laughs. 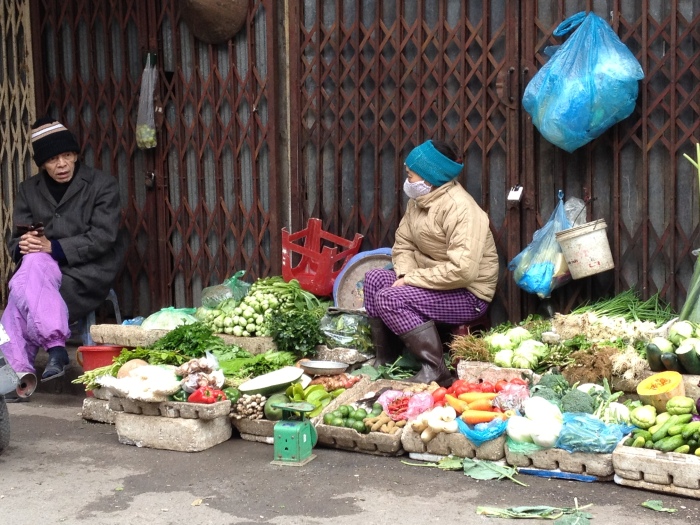