Yesterday was awesome! We started our day by walking down Omotesando Street and saw some crazily designed buildings on our way towards the beautiful Hanazono Shrine with its massive red toriis. The Shrine was constructed during the Edo Period in the 17th century and is dedicated to Inari, the androgynous god of fertility and worldly success. After Lisa got some prayer plaques to add to her collection, we headed into a little neighbourhood called “Golden Gai.” It is comprised of half a dozen different streets with over 200 tiny bars and restaurants, and we had lunch at a ramen place there called Nagi. They do all of their ramen with a sardine-flavored broth. From there, we took a subway to the glamorous Suntory Art Museum in Roppongi for an exhibit of Japanese prints by the famous artist Hiroshige! After we were done that, we went to a tea ceremony in a very old and traditional Japanese looking room with a great view of the city! There were 15 people there including us and a very nice Japanese woman translated every thing the hosts said. The ceremony was all about springtime with iris-flavored sweets and kimonos, tea bowls and poetry that reflected flowers and warm breezes. After the ceremony, we hopped back on the subway and headed to the Tokyo video game district near Akihabara station! I have never seen anything like it before. There were six-story buildings with game consoles and prize machines on every floor, huge movie and video game billboards and massive stores with models, trading cards and everything else a nerd could want plus teenage girls in maid outfits everywhere. Weird! After spending an hour there, we did a little shopping and headed to the Jimbocho Theater where we saw Godzilla VS. Mothra! The movie was entirely in Japanese but we got the general idea. We all slept through different parts of the movie so on our way home we had to piece it together: Godzilla BAD, Mothra GOOD. And we all loved those freaky singing twins. 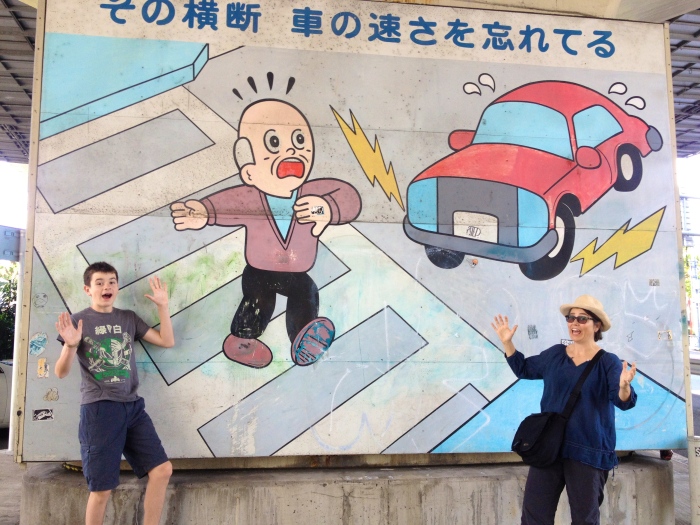 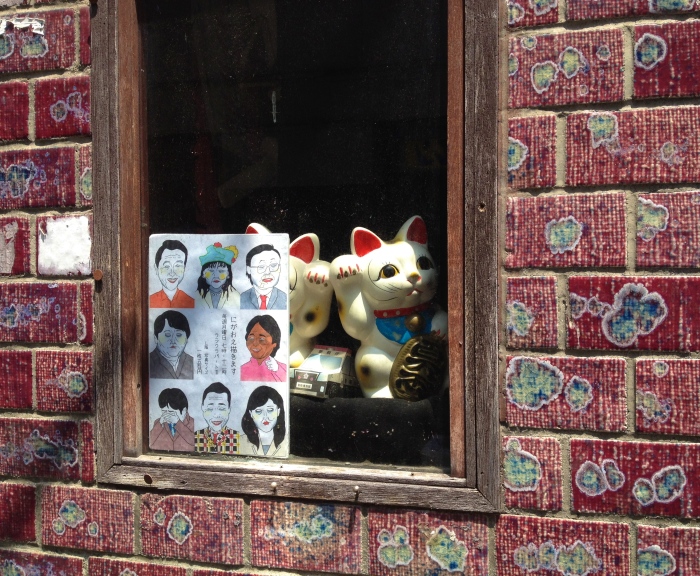 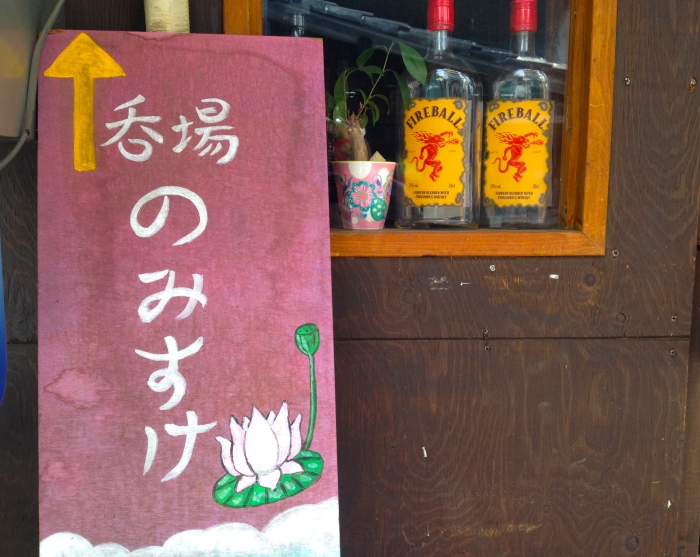 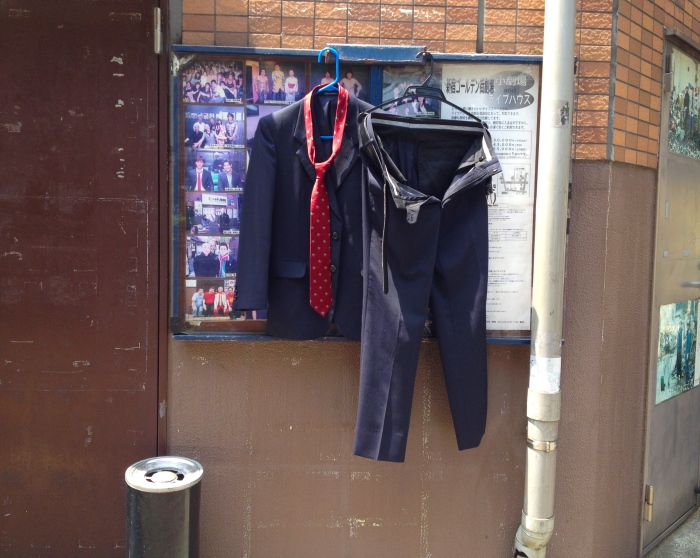 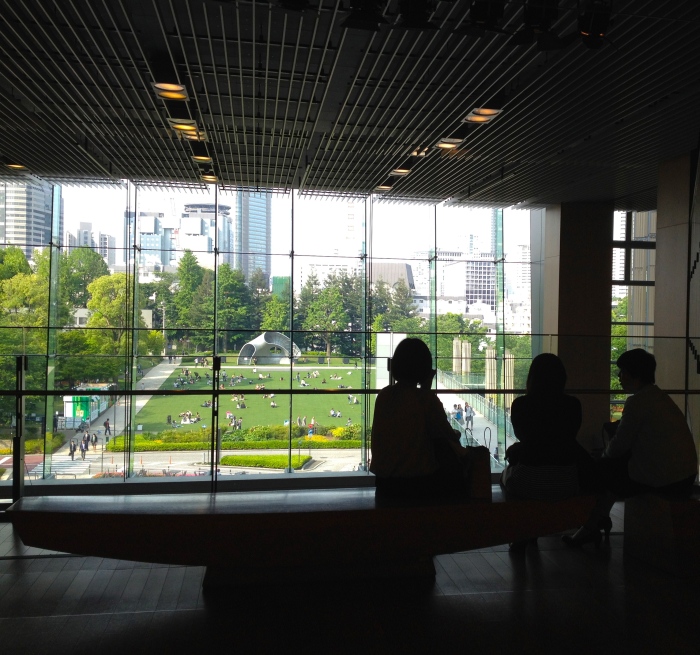 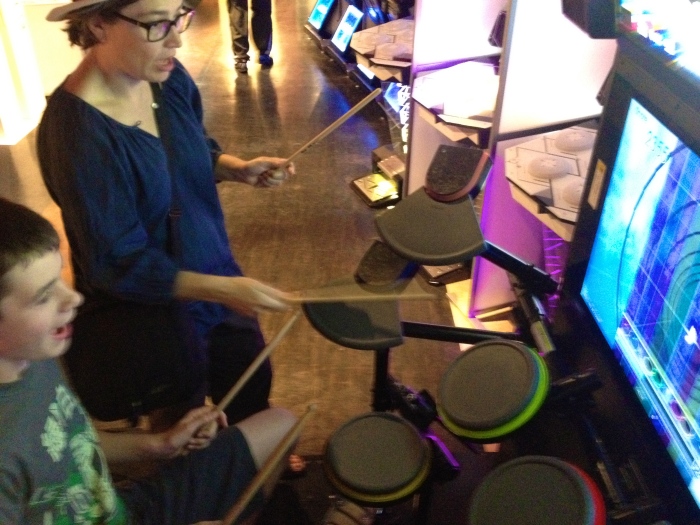 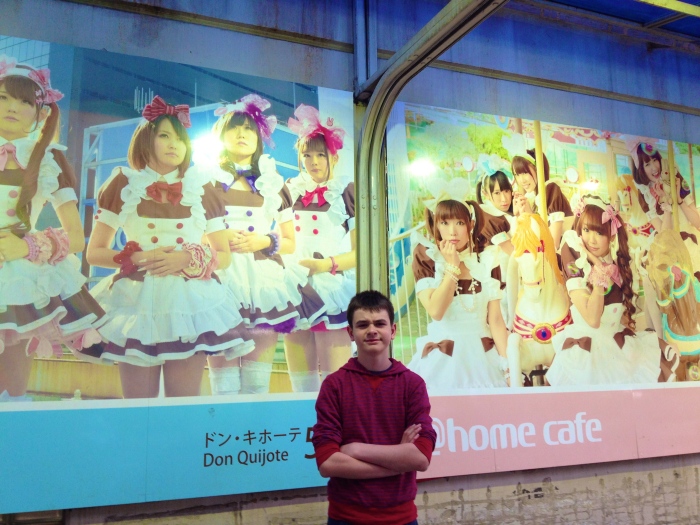